ER24 spokesperson Ross Campbell said the trains collided on a stretch of track that runs close to the R502 outside Leeudoringstad.

He said paramedics arrived on the scene at around 5.21am along with the police and fire department.

“Several coal cars had derailed in the collision and the passenger train’s engine had caught fire. It was quickly extinguished by the fire department,” he said in a statement.

“Luckily very few people were on board the passenger train and only six people in total were treated for minor injuries.”

He said two men in their 30s were transported through to a private hospital in Klerksdorp for further care.

The other four were treated on-scene by the provincial services but declined transportation to the hospital.

“The cause of the collision is unknown to ER24, but the provincial rescue services as well as the relevant rail authorities were also on the scene for further investigations.” 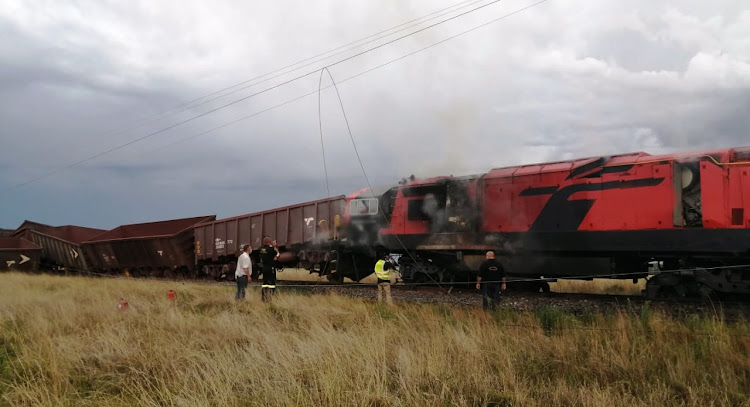