Police spokesperson Captain Kay Makhubele says police are searching for four suspects in connection with the shooting incident, during which a child was also injured.

“Gauteng police are searching for four suspects following a shooting incident on Friday morning in Boksburg, where three people including a child were injured and one person killed,” said Makhubela.

The victims were inside a BMW when they were attacked by the gunmen.

“It is reported that a white Ford Ranger bumped and intercepted a white BMW with four occupants inside. Two armed men allegedly alighted from the Ford Ranger and started shooting at the car, fatally wounding one, while three victims, including a child were airlifted to hospital for urgent medical attention.

“The suspects allegedly then abandoned the Ford Ranger on the scene and fled in a getaway car with unknown description and unknown registration number,” Makhubele adds.

He says the motive for the shooting had yet to be determined.

“Police are investigating cases of murder and attempted murder. We are appealing to anyone who might have information that can lead to the arrest of the suspects to call the nearest police station or the crime stop number 08600 10111.”

A picture of a man believed to be Ernie slumped behind the wheel of a car, has been widely circulated on social media. The man can is seen with tattoos on his right hand and leg.

In May Solomon and his son Carlo were attacked in a suspected gang hit in Hawston. At the time sources close to the investigation told the Daily Voice Ernie was shot five times while Carlo was struck three times. 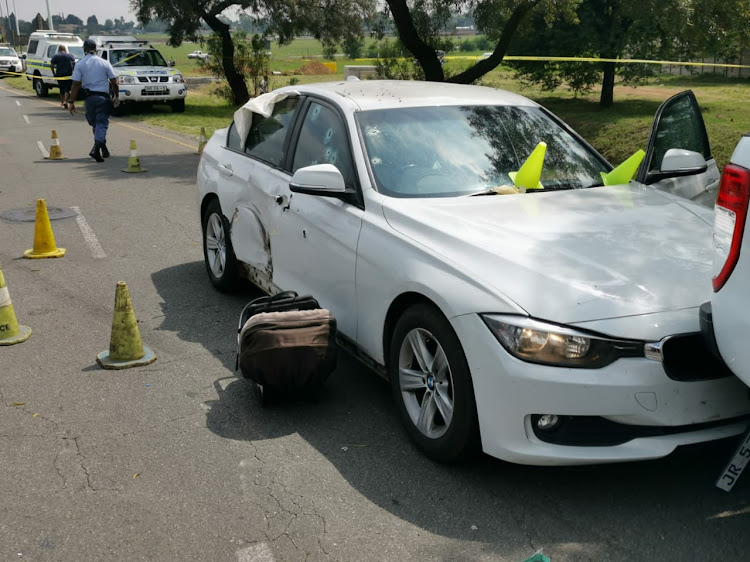