JOHANNESBURG, South Africa – Six years after former Bafana Bafana and Orlando Pirates captain Senzo Meyiwa was shot dead at the house of his girlfriend Kelly Khumalo in Ekurhuleni, police have made a breakthrough and arrested five men believed to have been the hitmen.

Sunday Independent can exclusively reveal that the arrest warrants of the five alleged hitmen, whose names are known to this newspaper, were obtained on Wednesday.

They were signed by advocate Sibongile Mzinyathi, the director of public prosecutions in the Gauteng division of the National Prosecuting Authority (NPA).

“A succinct summary of the facts and reasons for this decision are set out in the attached memorandum by the team that was assigned the matter. The investigating officer will be collecting the docket from this office for purposes of finalising the outstanding investigations, and also facilitating the first appearance of the suspects in court,” read Mzinyathi’s letter, dated October 21, 2020.

The suspects, who are said to be in jail for other crimes already, are expected to appear in court this week on charges of murder, robbery with aggravating circumstances and the contravention of firearm laws.

National police spokesperson, Brigadier Vish Naidoo, on Saturday said he could not comment. “A lot of damage has been done on this case and, therefore, I can’t make any comment about it,” Naidoo said.

However, Sunday Independent sources said the main suspect who pulled the trigger that ended Meyiwa’s life, was arrested on June 16 this year in Rustenburg, North West. He was a mine worker in Carletonville on the Gauteng West Rand.

The man is said to have admitted to killing Meyiwa to an independent police officer, after his arrest.

The man is said to have confessed that he and his friends were hired to kill Meyiwa on October 18, 2014.

The man told the investigators that they were promised R250 000 for the hit, even though they had initially demanded R400 000, due to Meyiwa’s high profile status, the sources said.

In his confession, the man is also said to have claimed that he had shot Meyiwa when the soccer star tried to hit him with a chair.

The second suspect was arrested on June 22 at a hotel in Ekurhuleni, East of Johannesburg, after police followed him from Nongoma, KwaZuluNatal. He was allegedly found with an unlicensed firearm. The third suspect, who is also a mine worker, was nabbed last December also in Carletonville.

At the time of the incident, it was claimed that unknown people had entered the (Khumalo) house intending to rob the occupants and made off with cellphones.

The apparent confession of the triggerman has blown the lid on the intricate plot and the identity of the person who commissioned the “hit”.

At the centre of the plot is believed to be money that Meyiwa had allegedly promised someone but never fulfilled. The individual is known to the publication but can’t be named yet as police are continuing with the investigations.

A report seen by the publication further revealed that police also found the gun that was allegedly used to kill Meyiwa in a safe at Cleveland Police Station, in Johannesburg, in July this year – after following a lead.

Sunday Independent understands that police are still investigating whether any of the people who were in the house when Meyiwa was shot, can be charged or linked to his murder.

NPA spokesperson Sipho Ngwema, on Saturday couldn’t confirm nor deny that Meyiwa’s alleged killers would appear in court before the end of the week.

He added that the NPA did not issue or execute warrants of arrests.

“The NPA neither issues nor executes warrants. Further, we can only arrange for the appearance of accused persons once there are suspects that have been arrested, charged and need to appear before court,” Ngwema said. 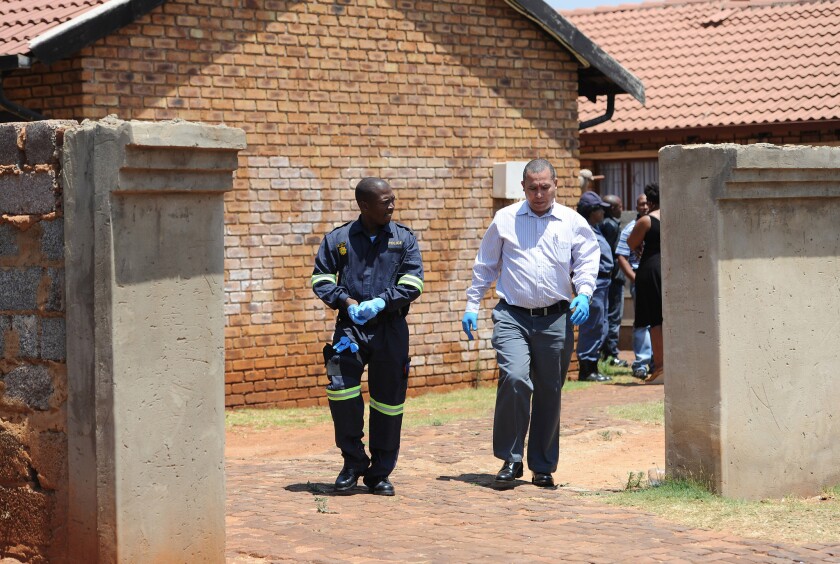